We wanted to take the time to extend a HUGE thank you to the Cincinnati Reds organization! For years they have put their signage trust in us and we greatly appreciate the partnership.  On September 17th, at the Reds vs. Pirates game, they bestowed the first ever Distinguished Partner Award to our President, Kevin Holthaus.  He was honored before the game and threw out the first pitch.

Holthaus Lackner Signs has worked with the Cincinnati Reds throughout many seasons, creating signage and sponsor advertisements throughout Crosley Field, Riverfront Stadium (Cinergy Field), and Great American Ballpark. Last year, 2015, marked the fifth time the Allstar Game was held in Cincinnati and the first time it was held at Great American Ballpark (1938 & 1953 Crosley Field and 1970 & 1988 Cinergy Field).  Holthaus Lackner Signs worked tirelessly to make sure that all the signage needs were fulfilled in time for the big game!  The stadium looked great in time for Cincinnati Reds own, Todd Frazier, to win the home run derby! Check out some of our Allstar signage below! 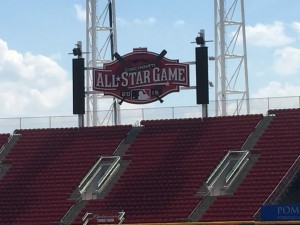 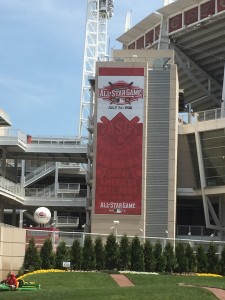 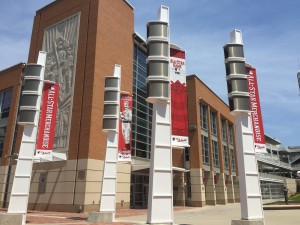 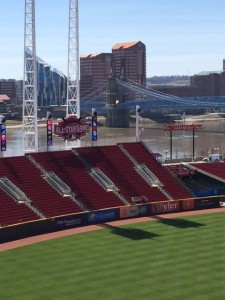 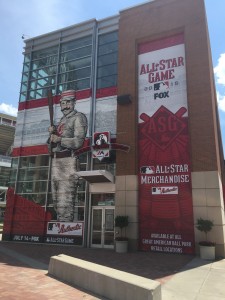 With the start of the 2016 season, we worked with the Cincinnati Reds organization to create the Cincinnati Bell Fioptics District Rooftop Bar signs. 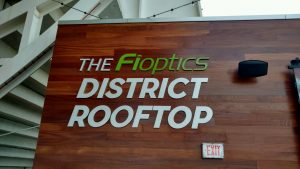 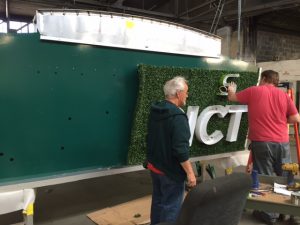 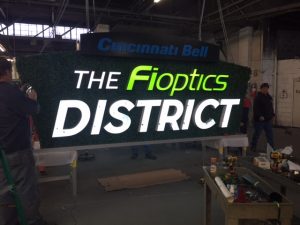 We look forward to celebrating many more seasons with the Reds!